If you take the world 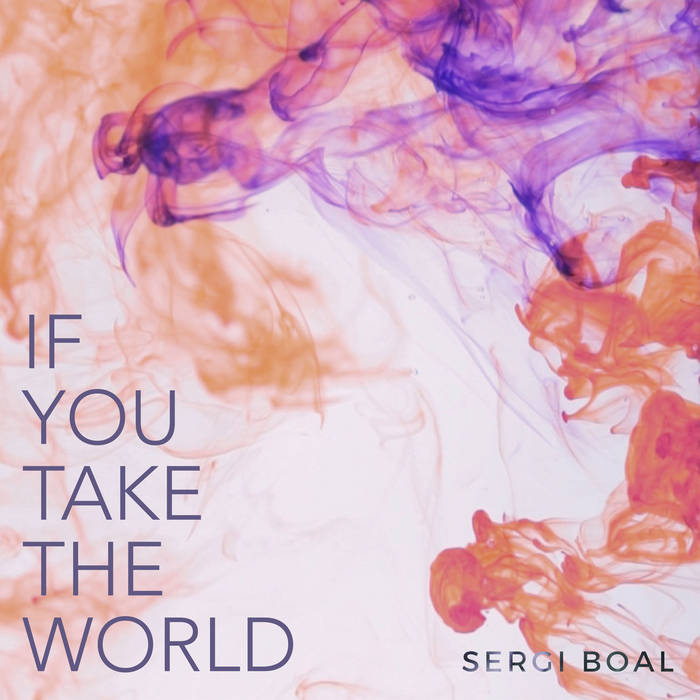 Sergi Boal presents a new song, If you take the world (Segell Microscopi 2018).

If you take the world , is a song that speaks about the possibility of a change of consciousness, of energy, that leads us to new world.

With the voice of Clara Luna, Pianos by Clara Peya and Cellos by Dimitri Dolganov, and with a great production made by Marc Molas, If you take the world tries to show us the individual power to change the restricted ways in which we live.


Music of hope for difficult times…

Sergi Boal is a guitarist from Barcelona, with remarked musical influences from José Gonzalez, Nick Drake and Olafur Arnalds.

He recorded his first CD “Nylon and turtle”, a guitar solo with own compositions, in 2012 and was released by the Italian Netlabel Acustrónica. He obtained a great critic acclam, specially for the composition “Ice Voice”.


After that, always self released and self made, released “Silenci” and “Cercle” (the song “Núvol” have had a great success in Spotify). He released as well the experimental indie project called “ The Man Without a Hat”, all the instrumentation composed and played by Sergi Boal.
He created and composed the entire music of the project Wheels Collective (what About Music), an Orchestal pop music band of 8 musicians

Currently Sergi Boal is composing for his next album.

ALL INCOME GENERATED FROM THIS MUSIC, WILL BE DONATED TO ALDEAS INFANTILES

We are
The same thing
Your face is everywhere

Take the world
Is our soul


We are
Part of this sea
Your breath is in me


Take the world
Is our soul

Sergi Boal (1977, Barcelona) is a guitarist and composer from Barcelona with
very marked musical influences from José Gozález, Nick Drake, Radiohead and
Olafur Arnalds.He is currently promoting his latest album, an instrumental EP of 5
original guitar tracks, Everything, with a style that integrates various influencesHe also composes for audiovisual media under
www.nuvolandsound.com ... more

Bandcamp Daily  your guide to the world of Bandcamp

Featuring appearances from Kari Faux, Bluestaeb and and interview with NY-bred artist Wiki